Master Distiller Christian Krogstad, a former brewer and winemaker, had a vision to make a distinctive American Single Malt whiskey inspired by the American Northwest. His aim, to capture its climate, culture and the abundant natural resources it offered. At that time there were only three dozen craft distilleries in operation in the US.

The Oregon climate has hot summers and cold, wet winters which are perfect for the production of world-class whiskey

A celebration of Oregon’s legendary brewing culture, this whiskey grew out of Westward’s longstanding cask-trading tradition among a select group of beer producers in the American Northwest. For as long as they’ve been making whiskey, they’ve traded their freshly-emptied barrels with some of their brewing friends in and around the Northwest, who have in turn “seasoned” them with Stout before returning them again.  Westward’s Stout Cask Finish begins with their Westward American Single Malt, and is then aged for one year in those Stout casks. 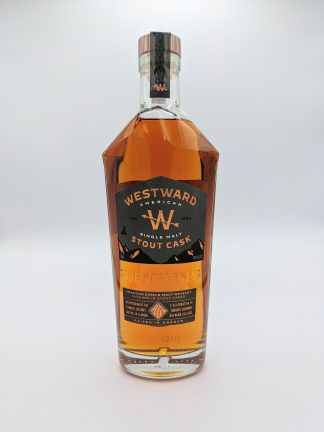