According to Tom Bulleit, great great-grandson of Augustus Bulleit, the first batch of Bulleit bourbon was produced around 1830 and discontinued after Augustus’s death in 1860. Tom oversaw the first new batch to be distilled, by what is the modern Bulleit brand, in 1987. He stayed true to the original High-Rye recipe of the early years.

This is the the 10 year old expression of the popular Bulleit (pronounced Bullet ) Bourbon and packs more spice, depth of flavour and character than its younger sibling. 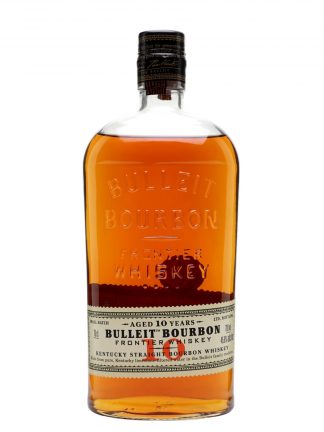